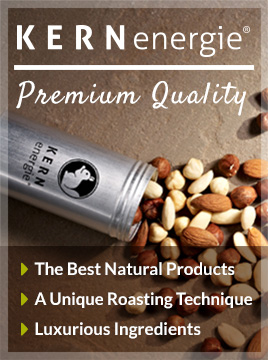 Enter the epicurean world with Pecans

The pecan is a well known treat, the delicious nuts were well known to the Indians and amongst the colonial Americans in the 16th century. Although very well known, the trees were not cultivated but rather grew wildly and the commercial cultivation of pecans did not begin until the end of the 19th century.
As the trees are long-living (sometimes bearing seeds for up to 300 years) and extremely temperature resistant (up to -20°C), pecans used to help the Indians to survive severe winters. The nut itself did not yet have a name though, in Spain it was called “Art of Walnut” and the French „La Pecanière“. But the name “Pecan” comes from the native American Algonquian language and actually means any nut with a hard shell, like a walnut, that requires a stone to crack. In Texas, the pecan tree is officially “The Texas State Tree”, furthermore the Pecan also has its own National Pecan Day in the United States since 1996. 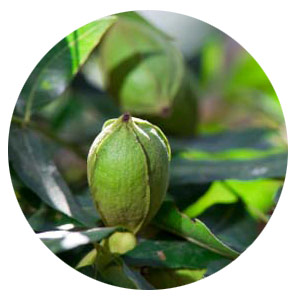 Originally found in the southern States of North America, pecans can nowadays also be found in Australia and Mexico. The botanical name of this plant is „Carya illinoiensis“, it belongs to the walnut family (“hickory genus”) and the nuts are somewhat similar to the European walnut. The shells of walnuts and pecans, however, have major differences. Whereas pecans have smooth long shells, which remind us of almond shells, the shell of a walnut is very rough and round. The trees grow up to 30m tall and have a distinctively broad and spreading crown. Every two years bear pecan trees reach harvest. The ripe pecans are easy to crack with a hand, since the outer shell is not very thick. The taste of ripe pecan nuts vary from creamy and buttery to sweet.

Rich in both flavour and nutrients

Pecan nuts are rich in zinc and vitamin B1, even just a handful contain 20% of the daily required zinc and 18% of vitamin B1.

A sweet and a savoury treat

Harvest season for pecans begins in November and goes until January. The green spiky hull of the ripe pecan nut bursts and reveals the shelled nut. Afterwards the nuts are collected and dried on large sheets, the shells are then removed by a machine and the nuts sorted out by size and dried again. This way, pecans remain crunchy for many months. Whether raw or roasted, salted or sweet – pecans are a delicious treat in any form. Extremely popular are pecan pies, pecan filling for turkey and poultry, doughnuts and pancakes, ice cream and chocolate, as well as all sorts of desserts, salads, smoothies, dressings or creams. Pecan oil is very rich in plant fats, you can use it for salads, meat or fish. As you can see, pecans are extremely diversified on your dinner table, but they are also used in the beauty industry and as space food for astronauts.

Pecan nuts are extremely popular and the demand often exceeds the supply. Although there are new cultivating areas for pecans, e.g. in South Africa, the quality of the American pecan nuts remains unrivalled, especially considering the challenging roasting process. That is why, to reach the very best quality of our products, we at KERNenergie only use the original American pecans from the sunny state of California. 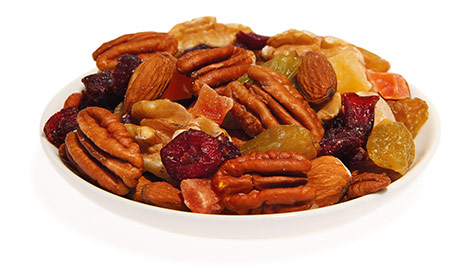 We encourage you to try different walnut products using our individualization requests form. You will find that both raw and slightly salted roasted pecans are delicious. And to satisfy your sweet tooth we have truffled pecans covered with dark chocolate and dusted with cacao powder. Moreover, you will find the delectable pecan in many of our freshly roasted nut mixes. Such as Runners Mix with pecans, almonds, walnuts, raisins, cranberries, cherries, as well as candied melon and papaya pieces to boost your energy and give you an extra power shot for your run. Or our Australian Gold Mix, where pecans team with hazelnuts, almonds, cashews and macadamia nuts and are just seasoned with a touch of sea salt.